The story behind the young girl that is buried with only a simple headstone and the words "Baby ALMA – Age 17 yrs." is a fascinating yet odd occurrence that happened here in 1918.

There are no local records of her real name, only Baby Alma as she was known. Although she was certainly not a baby, she was promoted as "Baby Alma" the Fat Lady of the Circus. The traveling circus was in Hays in 1918 and Baby Alma, who weighed 600 pounds, was one of the featured side shows. An epidemic of the flu hit Hays that year and Baby Alma caught the flu, which turned into pneumonia and she died from her illness.

In her tent pitched on the fairgrounds down near Big Creek, she woke one morning with the sniffles. In a few hours, she too had the flu and they took her to City Hall, which was being used as a make shift Red Cross nursing facility to care for the overflow of patients who were sick with the flu. It took six husky men to hoist her into City Hall and they had to make a special bed to accommodate her excessive weight.

It was reported in the newspaper that she was certainly not an ideal patient and gained the reputation as a "nurse hater". Even when she was becoming weak from the flu, she would lie in bed and scream forth the most blood curdling string of cuss words imaginable. She hated the medicine and would hold it in her fat cheeks and spray it out of her mouth "fountain like" onto the nurses. She was a sassy girl and had a nasty temper.

The nurses learned the only way they could deal with her was to refuse to give her water until she behaved better. They felt she must have lost her sweetness of youth at a young age. Her life in the circus was probably rough and because people were mean to her, she was mean to them. 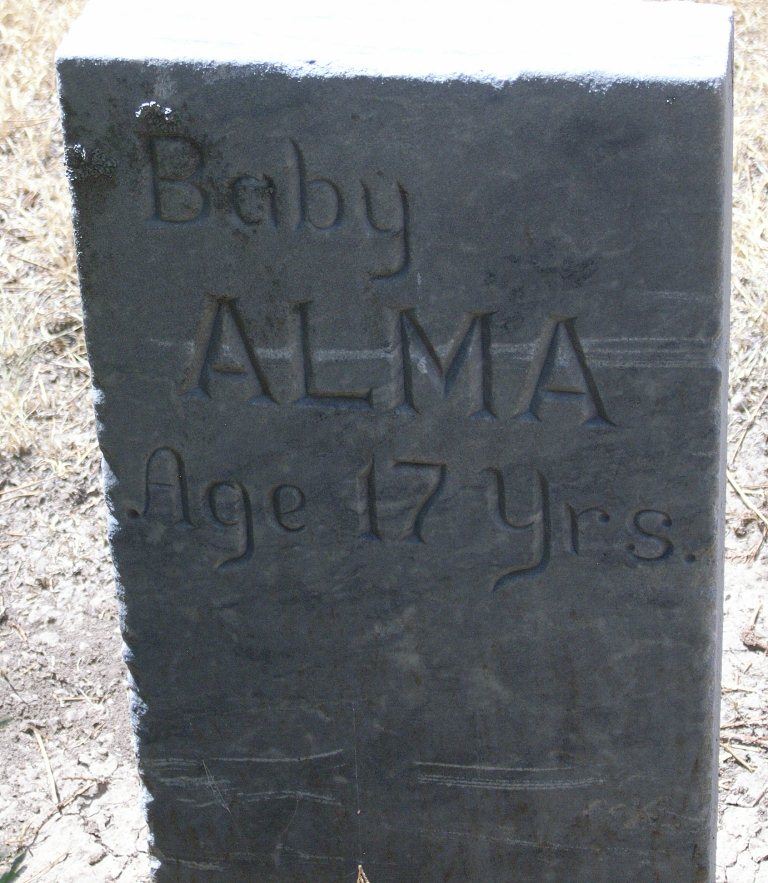 When she died from pneumonia, her parents, who lived in California, refused to raise a finger over the poor dead child. The circus manager had a stingy attitude and would have nothing to do with her burial. "Wouldn't even buy her a respectable casket", said Mrs. Gus Havemann, whose husband was an undertaker at the time.

The Havemann's did the best they could to fix a rough wooden box to fit her large size for a coffin. Mrs. Havemann remarked about the circus boss, "She made a lot of money for him, but dead she was no more use to him so he wouldn't bother."

She was buried at Mount Allen Cemetery block 5, lot 86, SC 1/4 with out fanfare, flourish or tears.