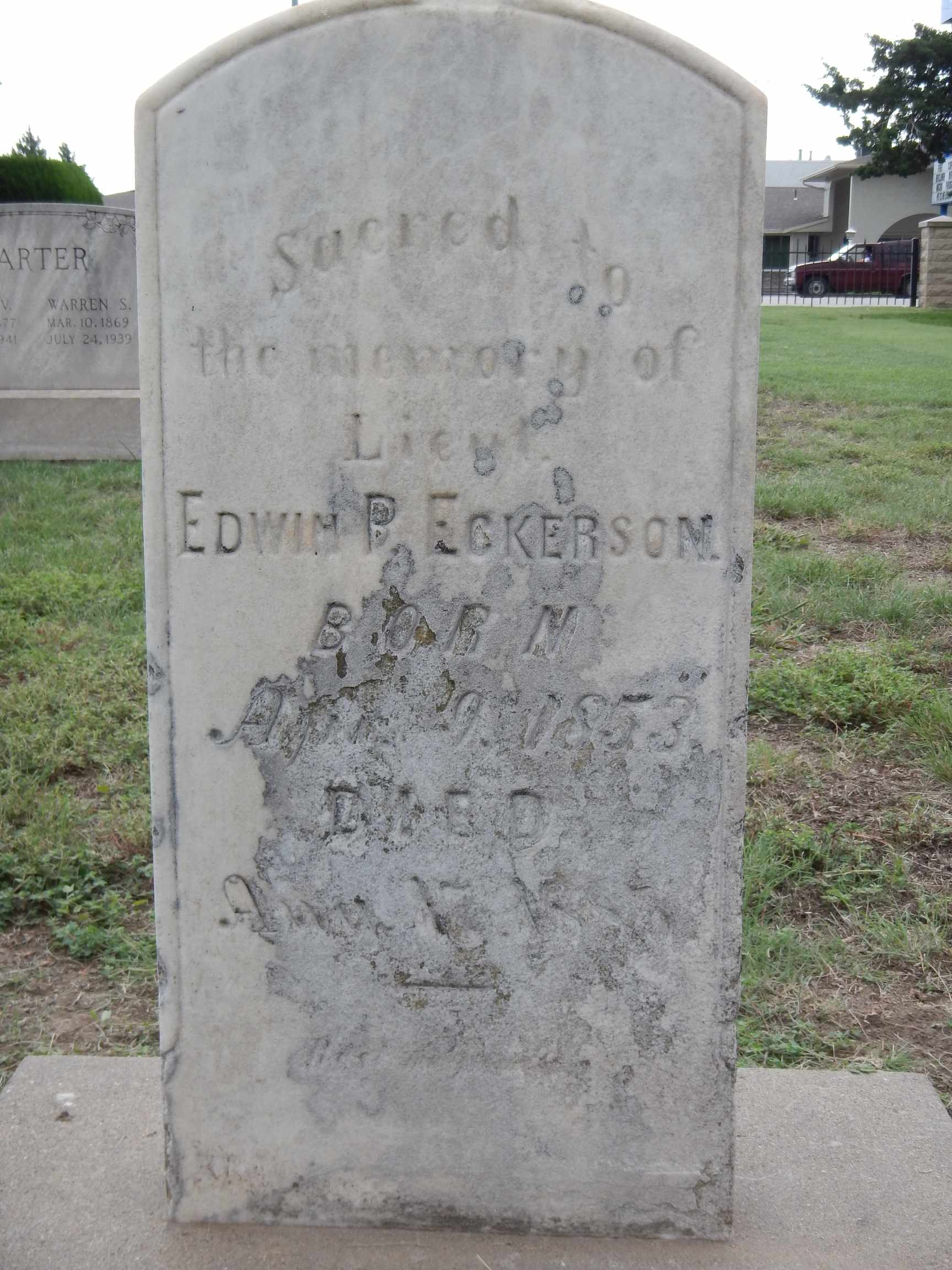 He served as a Lieutenant in the 7th Cavalry under George Custer and died of malaria in 1885. He is the only Cavalry officer from that time period known to be buried at Mount Allen Cemetery. He was involved with various frontier service during his military career, but was again court-martialed in 1878 for conduct unbecoming an officer and gentleman, (drunk and disorderly). He was dismissed from military service on June 30, 1878.

For several years he worked different jobs (taught school in Iowa, bookkeeper in Colorado and served as an undersheriff) until he ended up back in Hays around 1882. His obituary indicates he was employed in the quarter master's office at Fort Hays. On February 14, 1882, he married Sophie M. Bergsland, who worked as a "domestic" at the fort mess hall. They had two children: Regina (born December 4, 1882) and Theodore John (born October 22, 1884).

Records are not consistent as to the date of his birth. The grave marker shows his date of birth as April 9, 1853, and the obituary from The Star Sentinel indicates he was born in 1854 at Vancouver's Barracks (Fort Vancouver near Portland, Oregon) and died at age 32. Army records give his date of birth as March 8, 1850. In 1875 he received a general court-martial (charges unknown) and was dismissed from service on July 15, 1875. Evidently, after the aid of some friends, he was allowed to serve in the military again and was appointed 2nd Lieutenant, 7th Cavalry in May 1876.