Peter and Sophia Johnson were immigrants from Denmark. After living in several mid-western states, they moved their family from Iowa and came to Ellis County in 1886. Peter established a farm in Lookout Township, a few miles south of Hays. He was a prosperous farmer and rancher and their properties grew to include many sections of land which provided a good living for the Johnson family.

There were ten children, who included:

When the children grew into adulthood, six of them became well known teachers in the surrounding counties. One son, William, started his own ranching operation north of Hays in the Saline River Valley.

Mrs. Johnson died in 1914 and a rather large monument was erected in her memory. The grave marker is easily noticed because it is the only site in the cemetery with a small wire fence surrounding the family plot. A rose bush was added to the plot in 1920 and has grown and continues to bloom around Memorial Day every year. The rose bush actually covers up the grave marker of Peter's son George.

The children eventually married, all but Miss Lilly and Peter Jr. who remained at home to take care of their dad. Mr. Johnson, his daughter and son eventually moved to town. At the age of 76 in the summer of 1923, the three of them moved to Long Beach, California. His son Louis and wife sold their property here in Ellis County and also moved to California to be near their family. 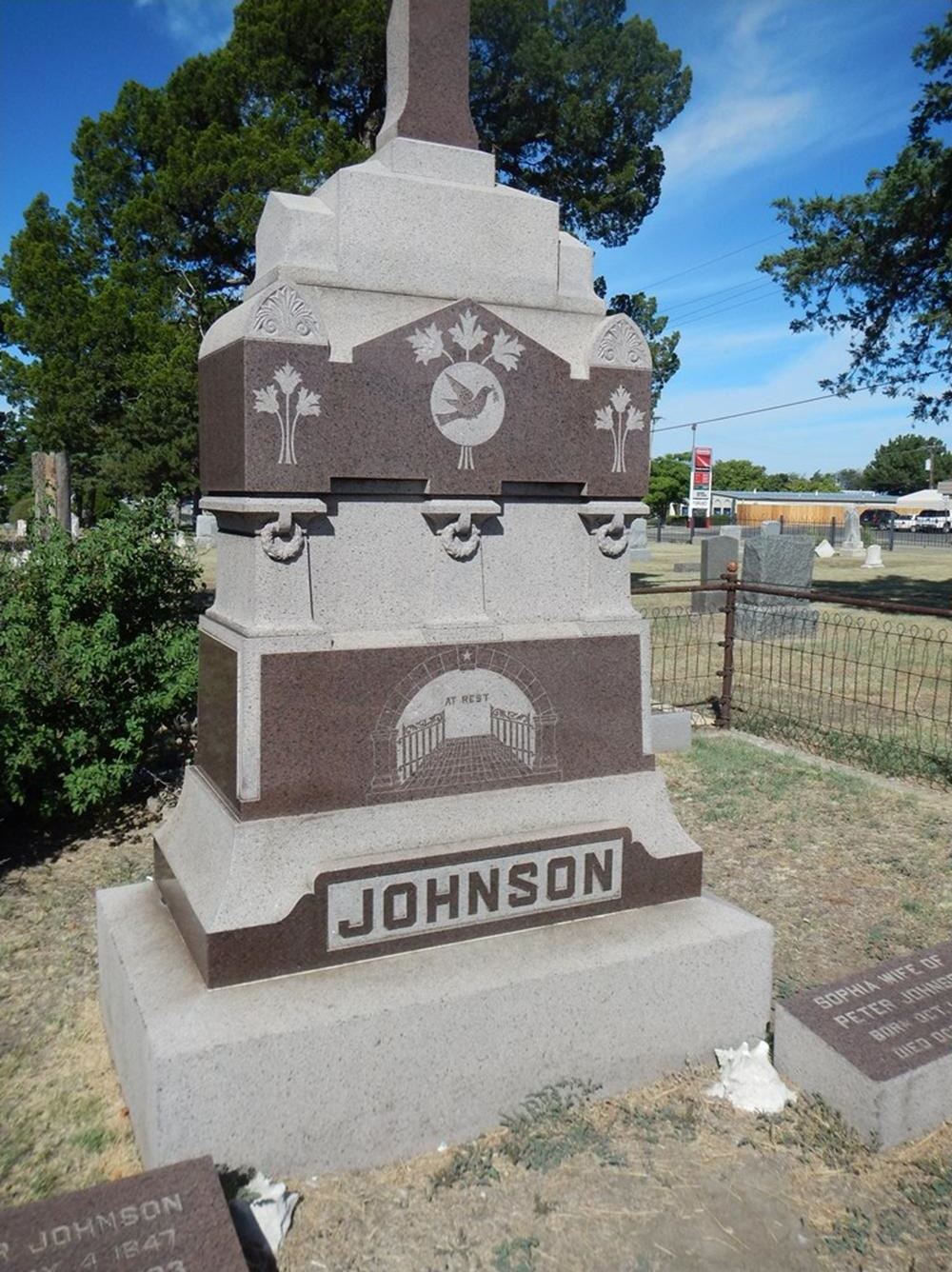 A few months later, in October 1923, Peter Johnson died in California. His body was returned to Hays and it was reported in the newspaper that his funeral was one of the largest ever held in the city of Hays with many friends and residents who came to pay their last respects.

Others members of the Johnson family buried in this plot include George Johnson, his wife Adeline, and their infant son: