He was a pioneer Missionary Priest that served the Catholics of Ellis County in the mid 1870’s. Valentine Sommereison was born on May 28, 1829, in Ruffed, Alsace, a German-speaking part of eastern France. He was one of seven theology students who followed the great missionary, Father Augustin Ravoux, to Minnesota in 1854.

Sommereison was ordained by Bishop Cretin on March 8, 1856, in the second Cathedral of St. Paul. His first assignment was to Saint Peter & Paul in Mankato, Minnesota. From there he ministered to 36 communities in 14 counties in southwest Minnesota. In 1871, Fr. Sommereison went west to Yankton, which at the time was the capital of Dakota Territory. He continued westward along the Tongue River to offer his services as chaplain to General George Armstrong Custer on his Yellowstone Expedition in July 1873.

In October 1876, Father was appointed first resident priest at St. Joseph’s Church in Hays City. He built himself a home and began to make plans for a little church. He said his first mass at the military post - Fort Hays on the First Sunday of Advent 1876. Besides ministering to the wants of the Catholics of Hays, he was also busy with the care of the German-Russian settlements that sprang up in Ellis County from 1876-1878.

Not having a church or a priest, each of the new German-Russian colonies erected a large wooden cross in their community where the people gathered on Sundays and Holidays to say the rosary, prayers from the Mass, and litanies. Fr. Sommereison would visit each of the nine surrounding communities on a monthly basis.

The spiritual work in western Kansas was evidently too much for one man and Father’s health began to fail. The Bishop thought it was necessary to send two Capuchin priests from Pennsylvania to help take care of the spiritual needs of the growing German-Russian colonies as well as towns farther to the west of Hays City. Fr. Sommereison asked for permission to retire to his farm home where he tended to an orchard and became a successful farmer. 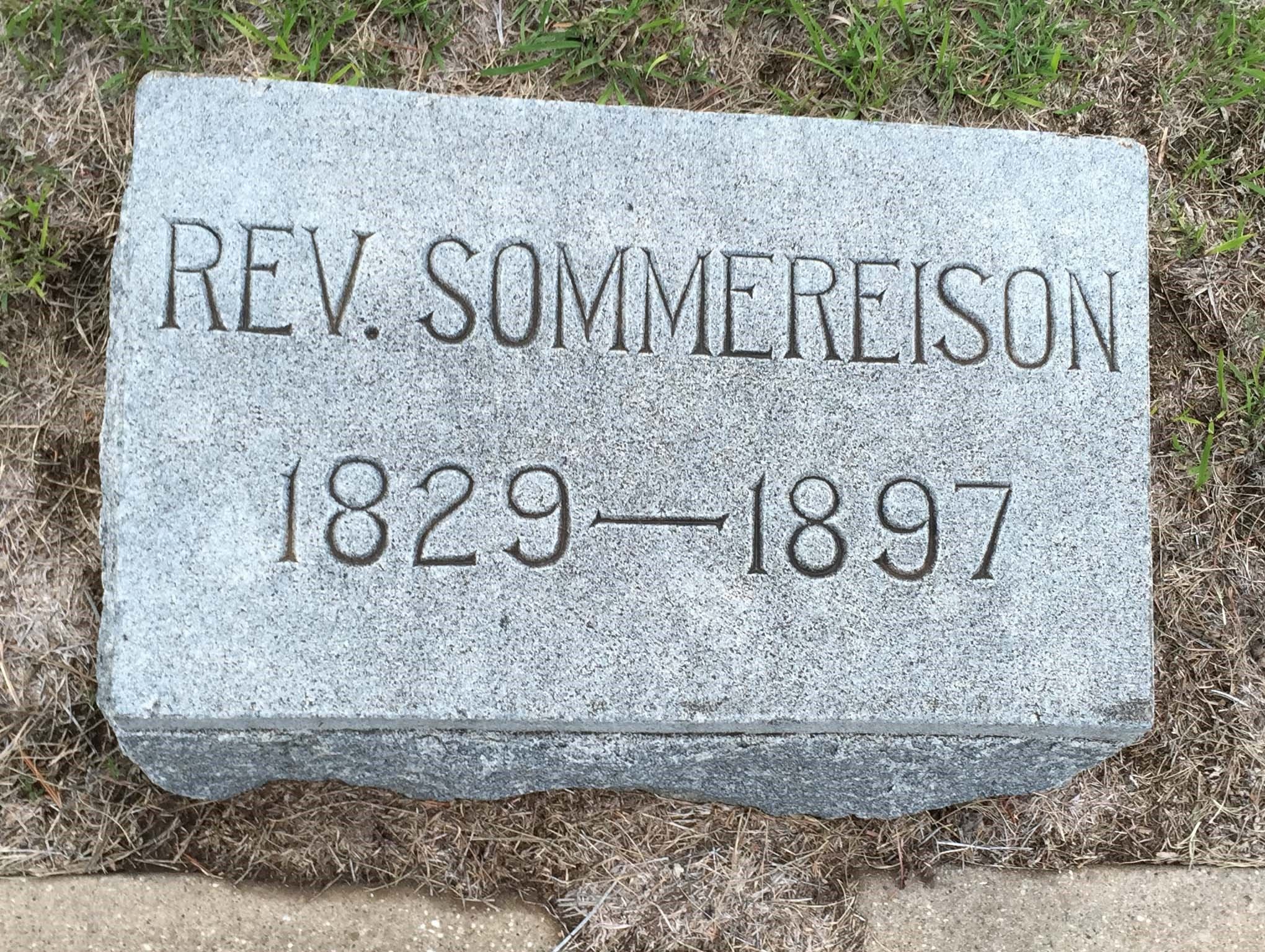