N.A. Voss was born in Hamburg, Germany and came to the United States in 1873 at the age of 26. He was married that year in Milwaukee, WI to Marie L. Schultz and for several years while living in Milwaukee, he learned the art of photography.

He and his wife came to Hays in 1878 and he established a photography studio and modern gallery. He gained nationwide distinction as a champion chess player and won the Kansas State Chess Championship. 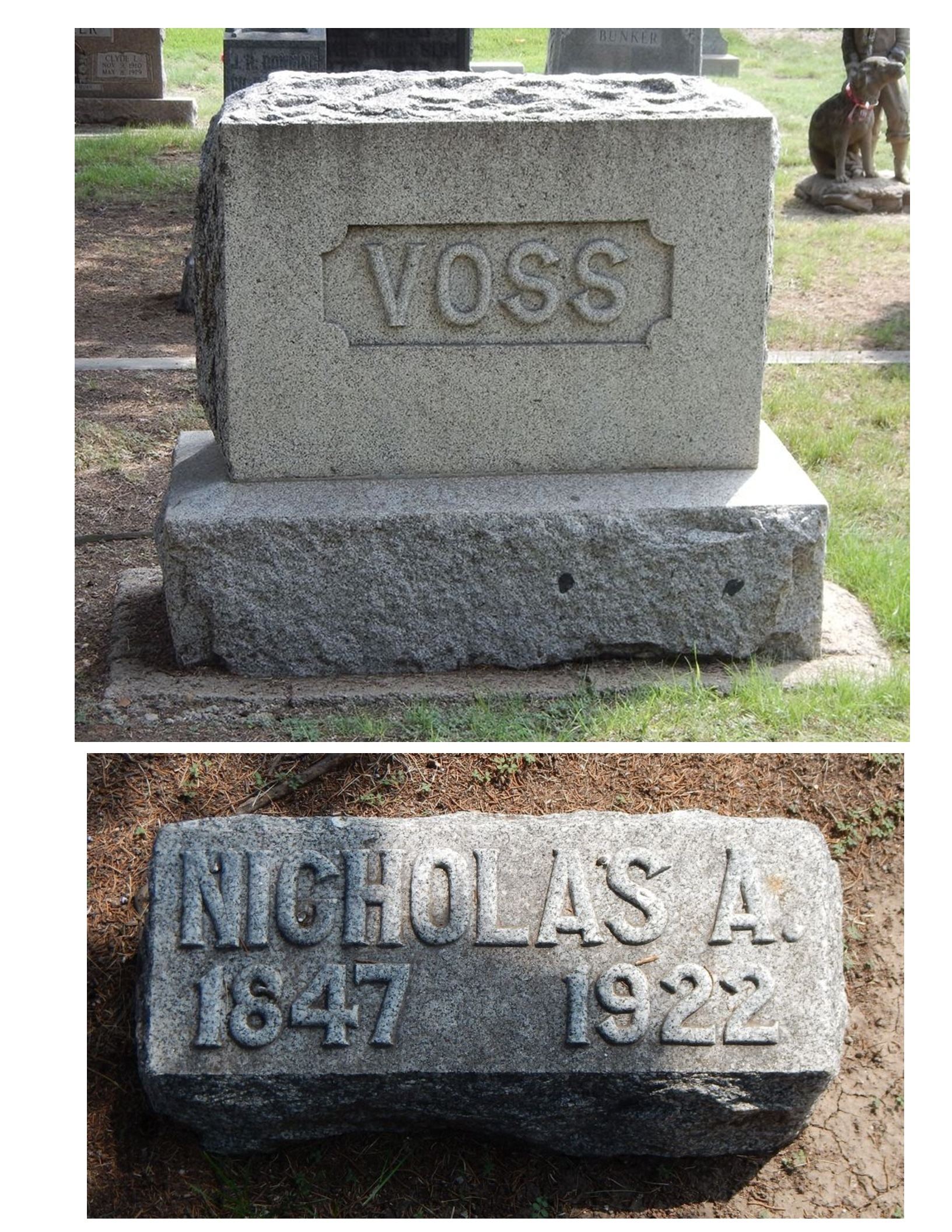 Many of the early day photos of the Hays City, the Fort and the Normal School (which later became Fort Hays State University) and were taken by Voss. He photographed "Officers Row" one of the best known photos of Fort Hays. Numerous family photos, new business structures, farm homes and men at work in harvest were taken by Mr. Voss.

Despite an illness over a two year period that took much of his strength, he remained working at his photography studio until he was hospitalized and died.