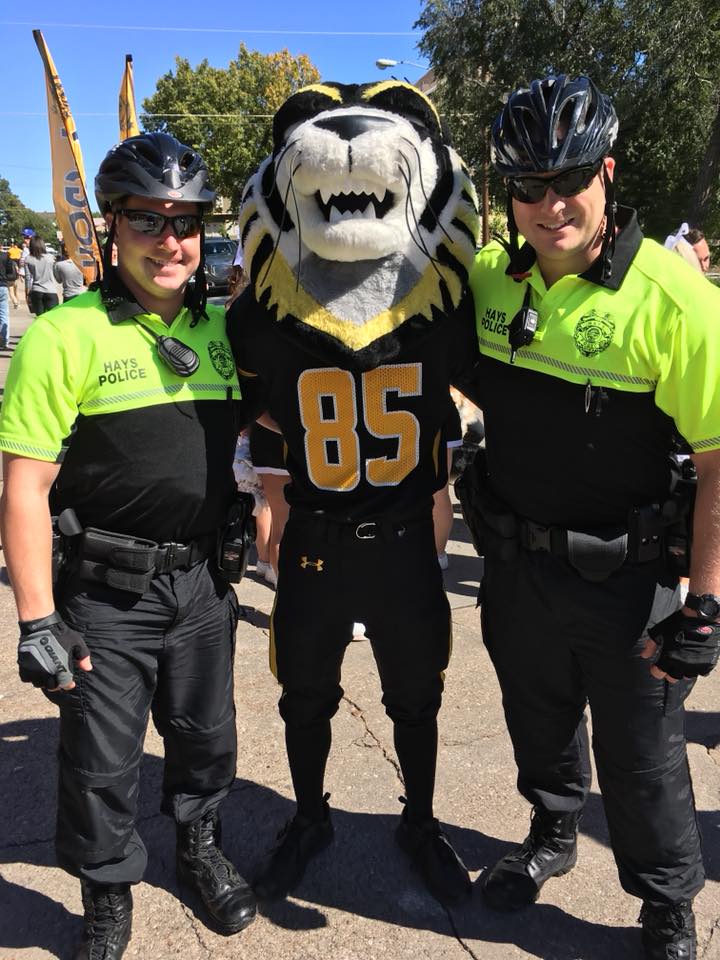 ys Police Department's Bike Patrol began in 1994 with two officers. The Bike Patrol has grown and currently has the ability to field up to eight bike patrol officers at one time. The Bike Patrol often assists our conventional patrol units in the downtown business district, in the area of Fort Hays State University, in our public parks, and in other areas that are not accessible to conventional police cruisers. The Bike Patrol plays a vital role in the police department's operational plans for major public events such as parades, sporting events, Wild West Festival, Oktoberfest, and other community activities. The Coordinator for the Bike Patrol is Master Patrol Officer Stefan Gildemeister.