Traffic Control Details at intersections of Old 40 and 8th Street

Westbound Old 40 is closed to thru traffic at Vine. Do not drive around the Road Closed Barricade. 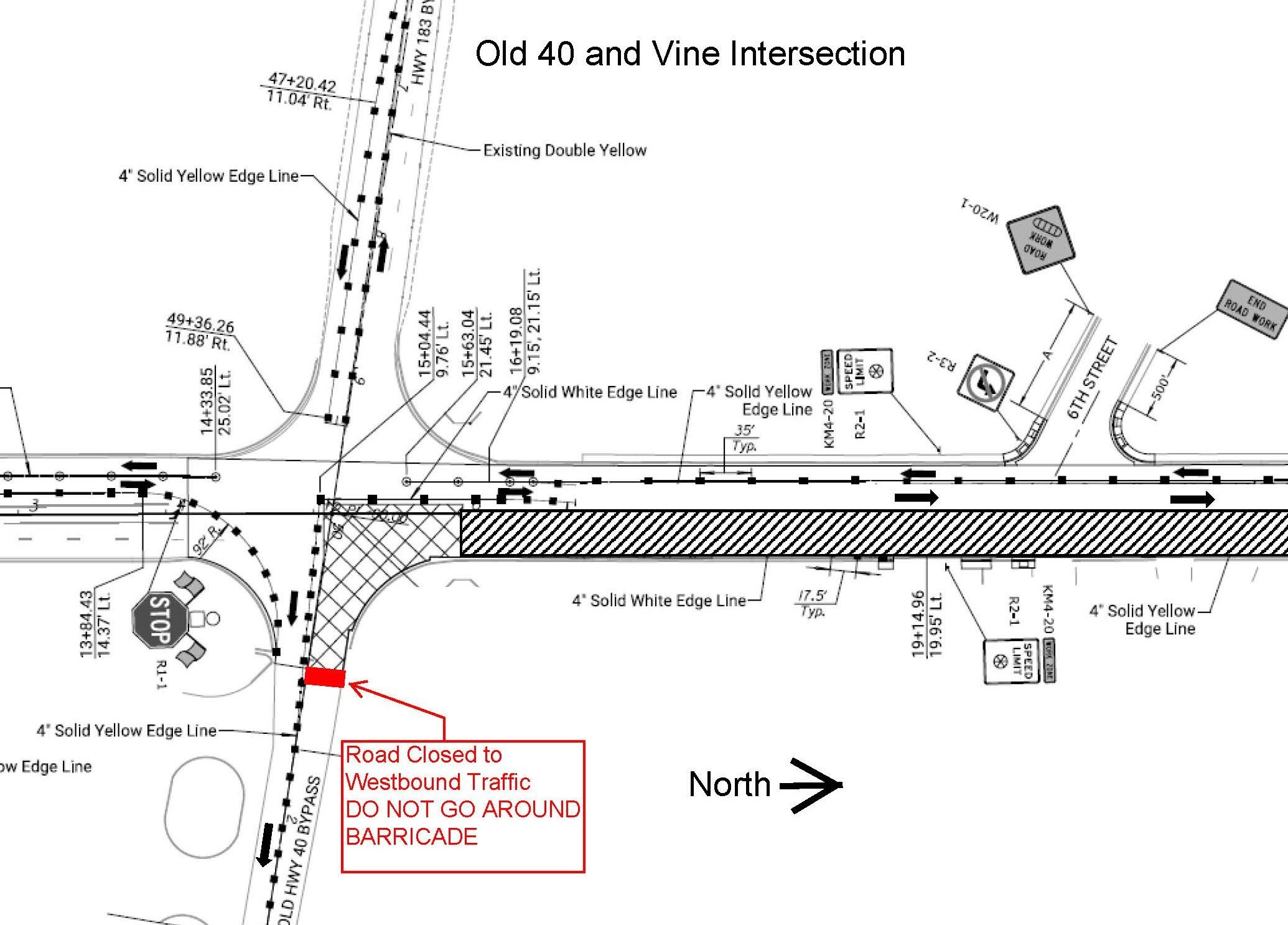 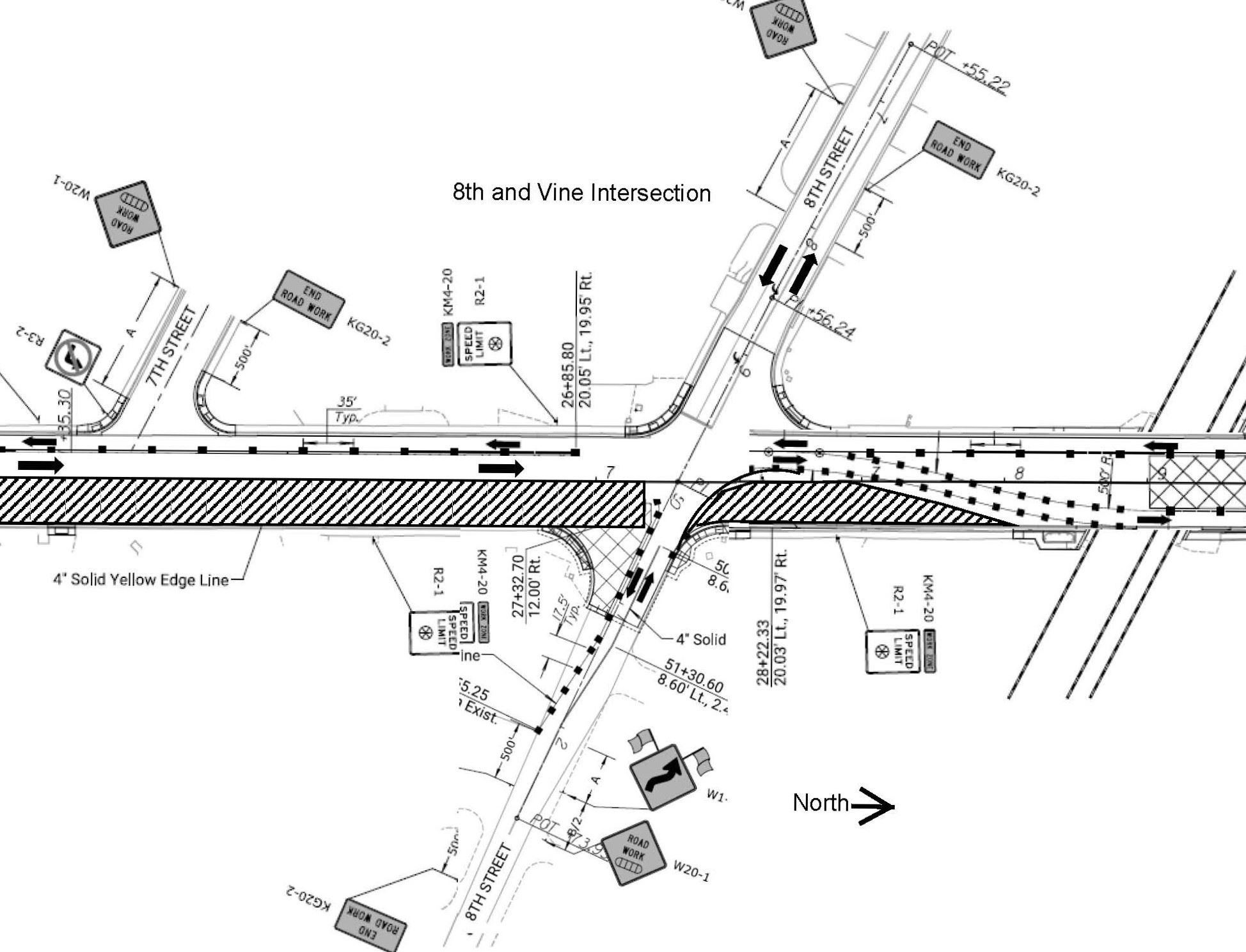 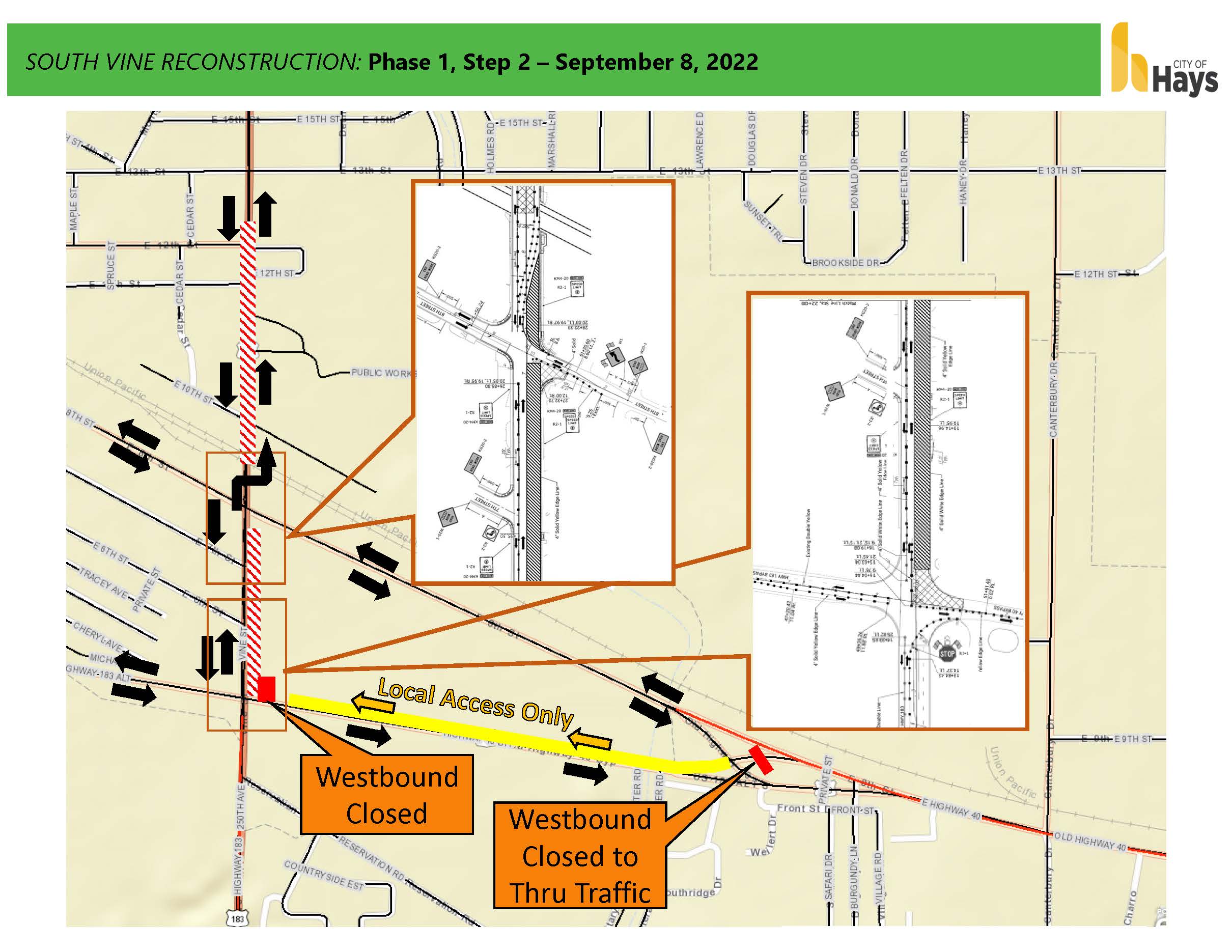 Traffic control for the Reconstruction of South Vine Street Project will change on Thursday, September 8, 2022.  During the next phase of construction, northbound traffic on Vine Street between the US-183 Bypass and 8th Street will be carried on the new pavement in the center of Vine Street.  Southbound traffic will remain on the old pavement along the west side of Vine Street in the outside southbound lane.   The intersection of 8th and Vine will open to through east/west traffic.  Due to construction in the northeast corner of the intersection of Vine Street and the US-183 Bypass, westbound Old Highway 40 will be closed east of Vine Street.  Old Highway 40 will remain open to local traffic, but westbound through traffic will need to use 8th Street.   See attached Traffic Control visual.

North of 8th Street, traffic will remain one lane in each direction in the outside lanes, while the inside lanes are still being reconstructed.  Access to all businesses will remain open but may be restricted at times as temporary entrances are constructed 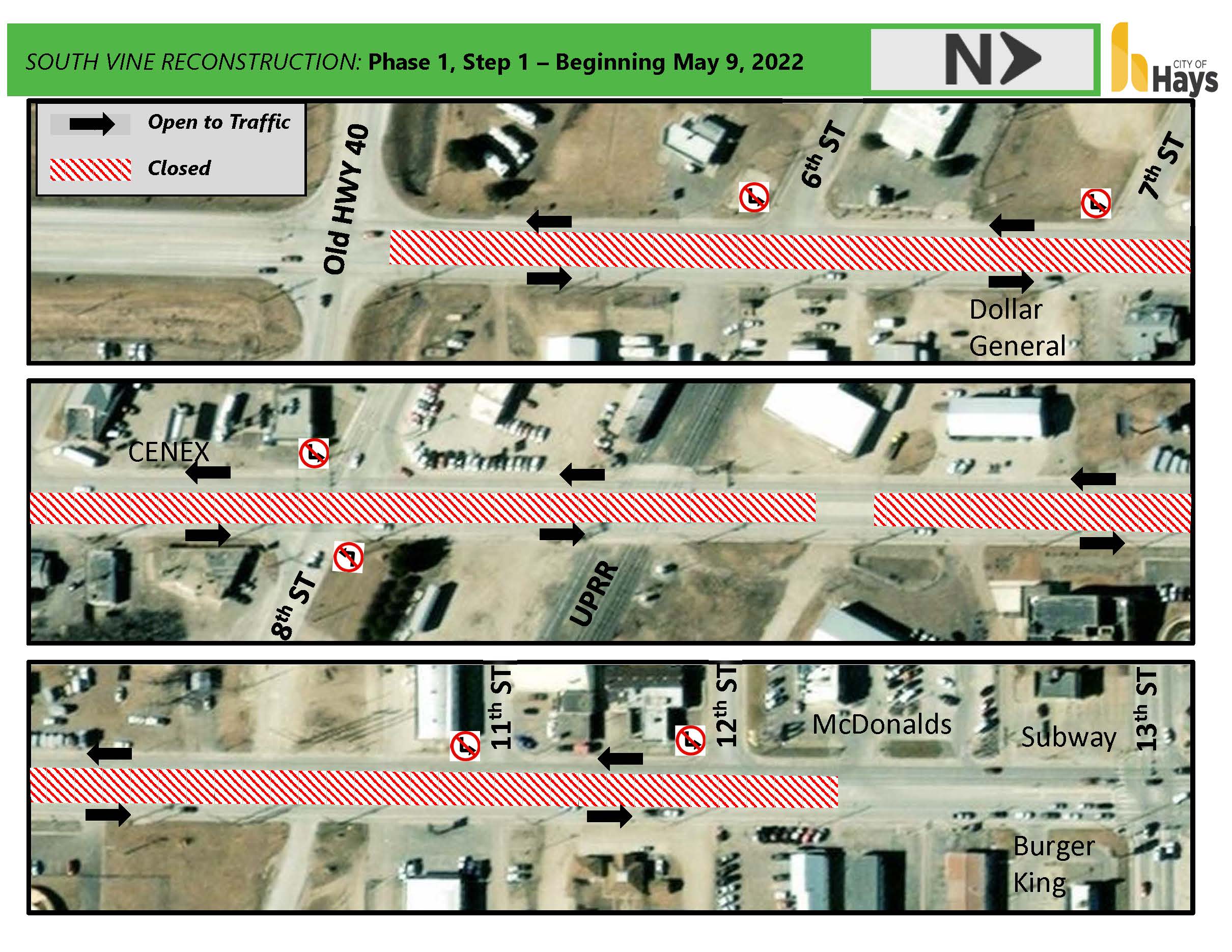 The first phase of this project will reduce traffic to one lane in each direction in the outside lanes, while the inside lanes are being reconstructed.  During this phase of construction, there will no left turns allowed.  Access to all businesses will remain but will be restricted to right-in/right-out movements.  Also, during this phase, east/west traffic on 8th Street will be blocked allowing only right turns to and from Vine at 8th Street.  A traffic control map showing the configuration is attached.  Signage will be in place to direct the traveling public. 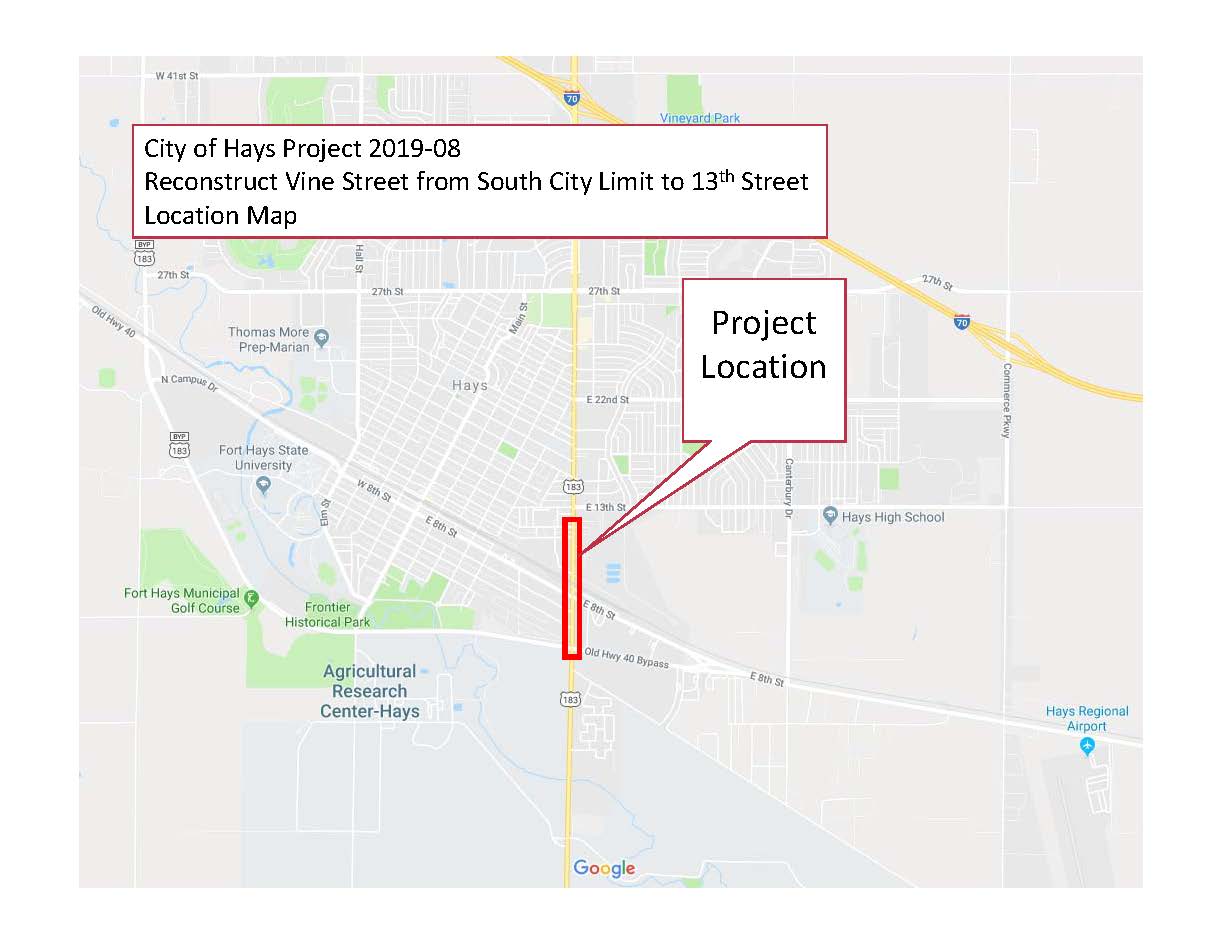 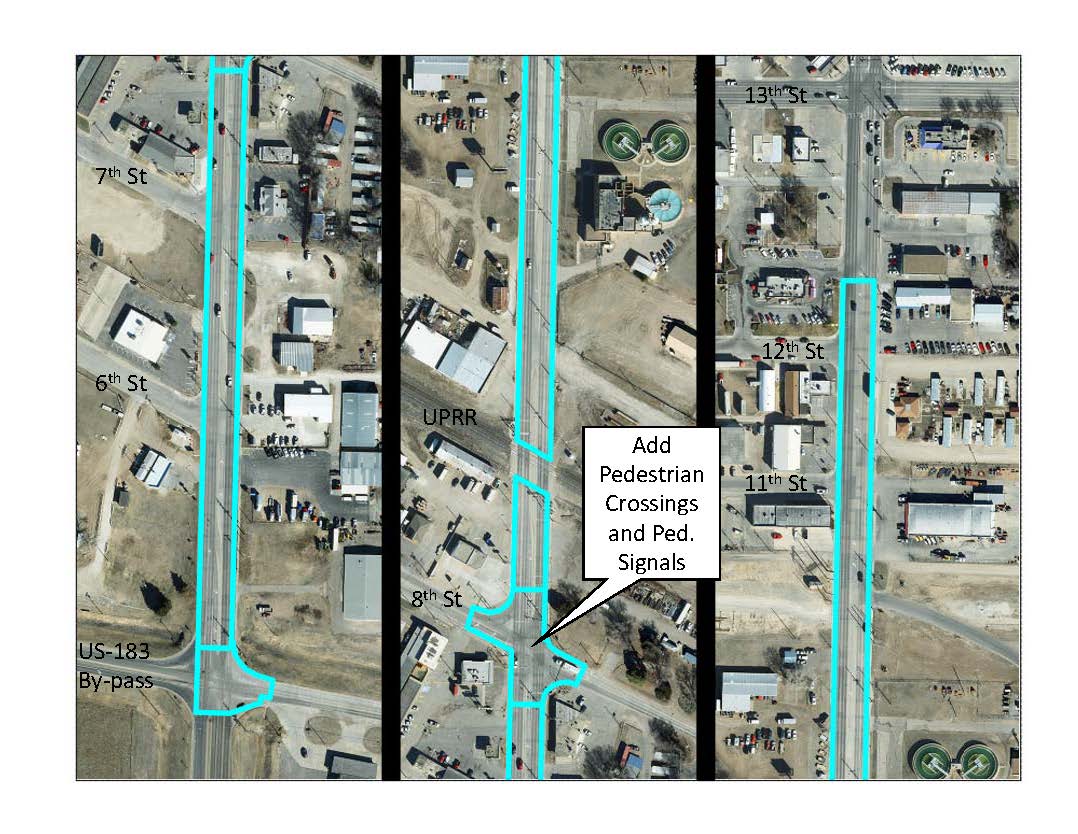